Daniel Irving ✭
May 2015 in Dino Art Contest
The most fascinating part of Jurassic park and its sequels for me is the aspect of genetic manipulation to create viable life forms. The Veloci-Rex is a genetically modified dinosaur which embodies this concept and the intrigue introduced by the theft of the embryos in the first film. What if these creatures were weaponized and released into a war zone? 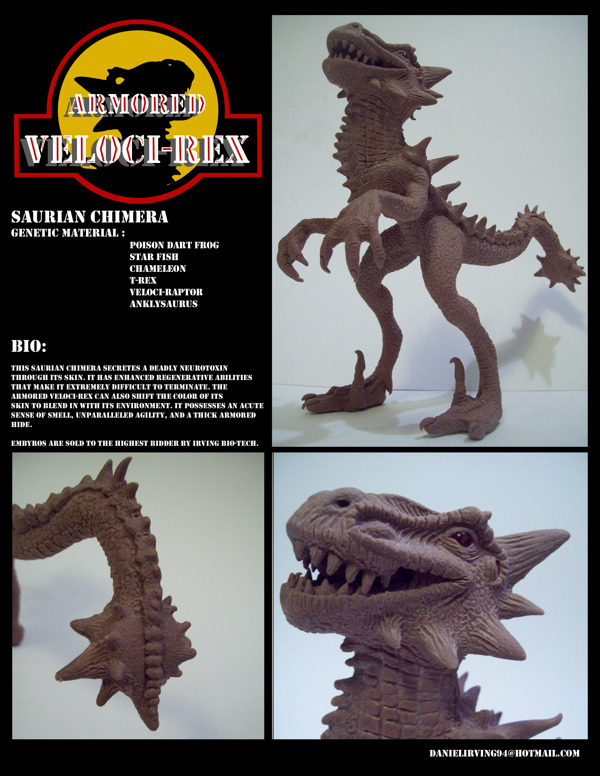