Rodolfo Nogueira ✭
May 2015 in Dino Art Contest
This is a prehistoric terrestrial cousin of the crocodiles called Campinasuchus dinizi. Its remains was found in the southeast of Brazil. It could reach over 2 meters long and walked upright on almost erect limbs.
This reconstitution was made using foam and epox resin and show, with the most recent data the science can provide, the most accurate life appearance even with reflecting membrane in the lateral background of the eyes. 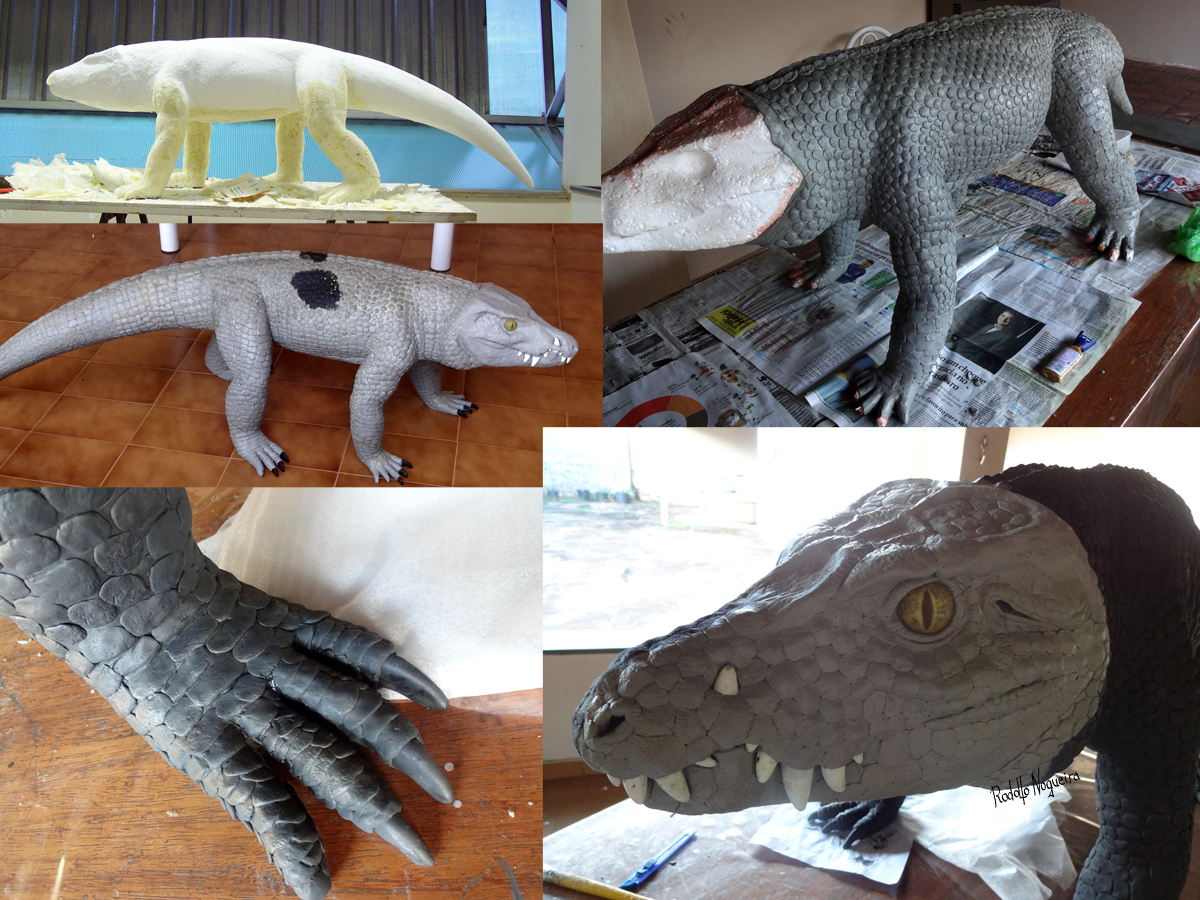 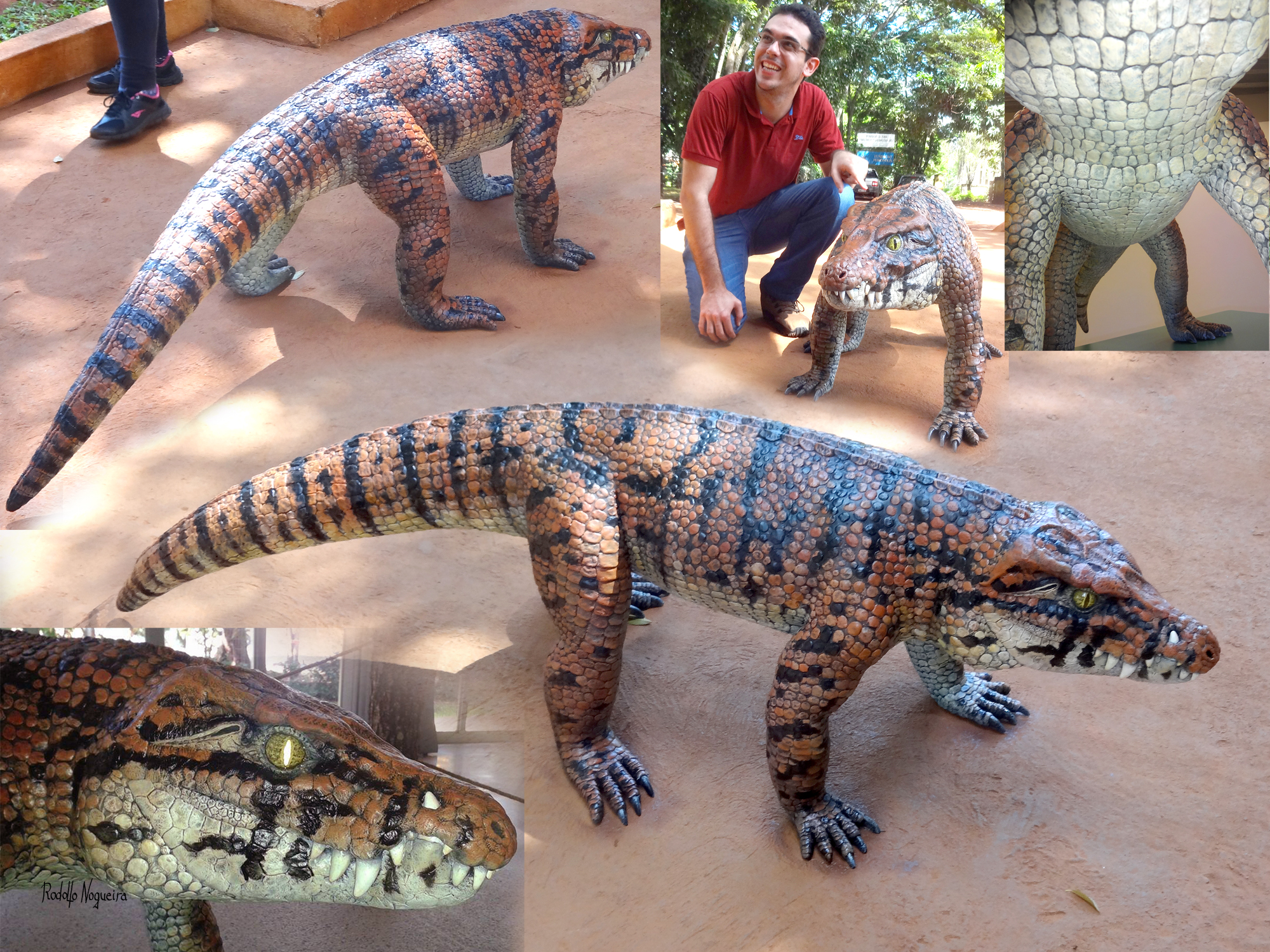