Party on the Cajual Island

This illustration shows part of the magnificent cretaceous fauna found in Cajual Island in the state of Maranhão, Brazil. It is possible to see out of water a flying pterosaur Anhangueridae, a family of herbivorous dinosaurs Titanosauridae on the left. Highlighted, Oxalaia quilombensis, 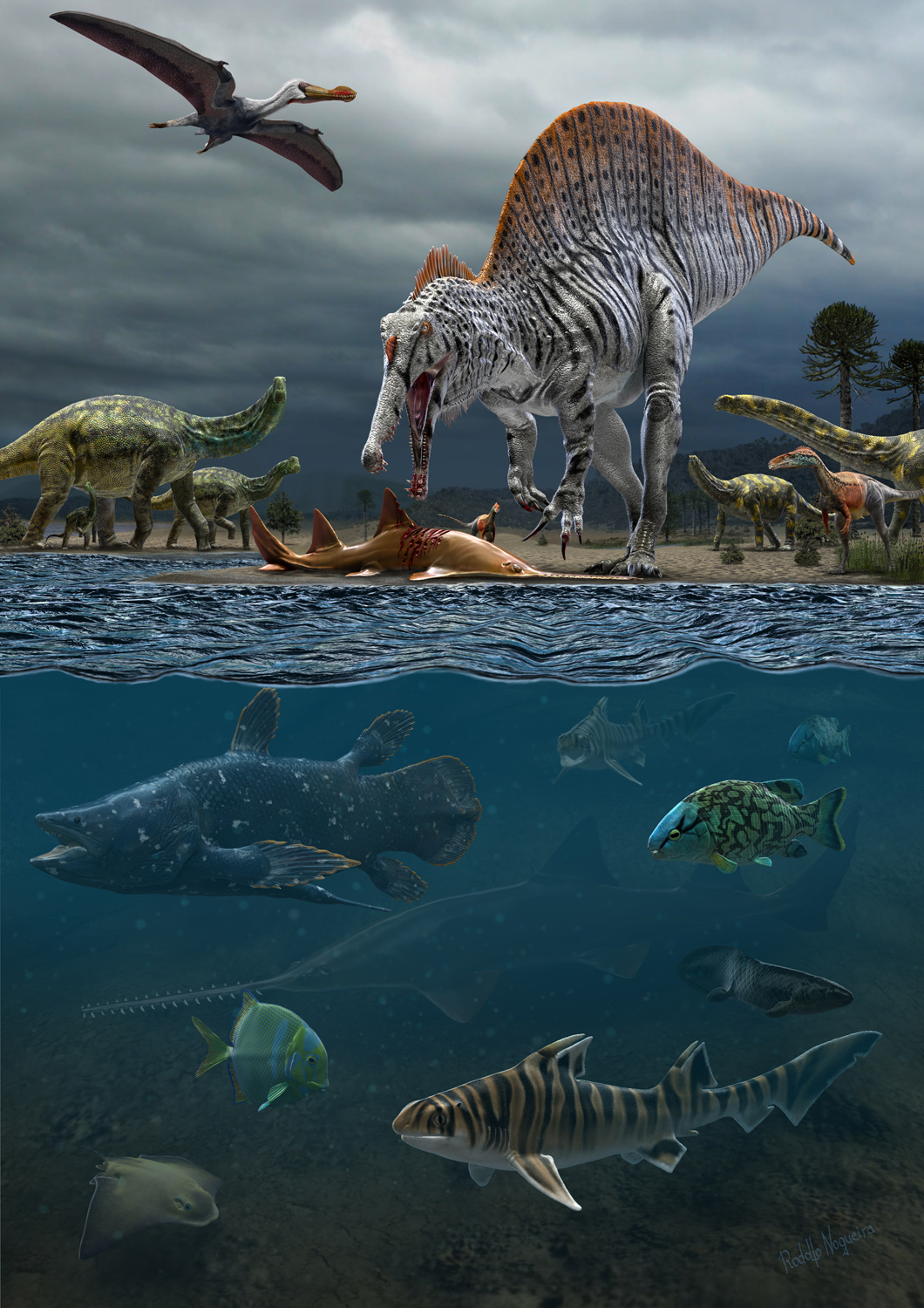 one of the largest carnivorous dinosaurs of the Brazil feeding an Atlanticopristis shark, some sauropod dinosaurs Andesaurus on the right and a smaller carnivorou dinosaur called Masiakasaurus are also represented. Under the surface of the water, we can see in the foreground a fish of the genus Mawsonia and a Tribodus shark, in the background, we see Lepidotes, Pycnodontiforme, Myliobatis, Ceratodontidae and another individual of Atlanticopristis resting on the ocean floor.The illustration was conceived using the softwares Maya, Z Brush and Photoshop.