It has been nearly 2 months since the rains last fell, and the heat of summer has already caused much of the winter watering holes to recede back to the river shores once again.  Now herds of Edmontosaurus, Pachycephalosaurus, Thescelosaurus, and a flock of Ornithomimus have left the cover of the nearby forests to quench their thirst at the shallow river’s shore during the mid-day heat.  However, they all have wonder into an ambush!

Multiple of half-grown, juvenile Tyrannosaurs have darted from cover and charging at the congregating herds, snapping their jaws and snarling, as they break up the herds, and drive many animals back towards the tree line, where a larger sub-adult and a full-sized adult Tyrannosaur lie in wait!  As the panicked stampede reaches the tree line, the larger Tyrannosaurs also burst from cover, causing even greater panic, as multiple animals within the stampede collide with one another, in their attempts to evade the predators’ jaws!  Even if the Tyrannosaurs fail to bring down any of the larger Edmontosaurs, there will be many smaller animals, crippled and mortally wounded from the stampede that will be able to appease their appetites for the moment. 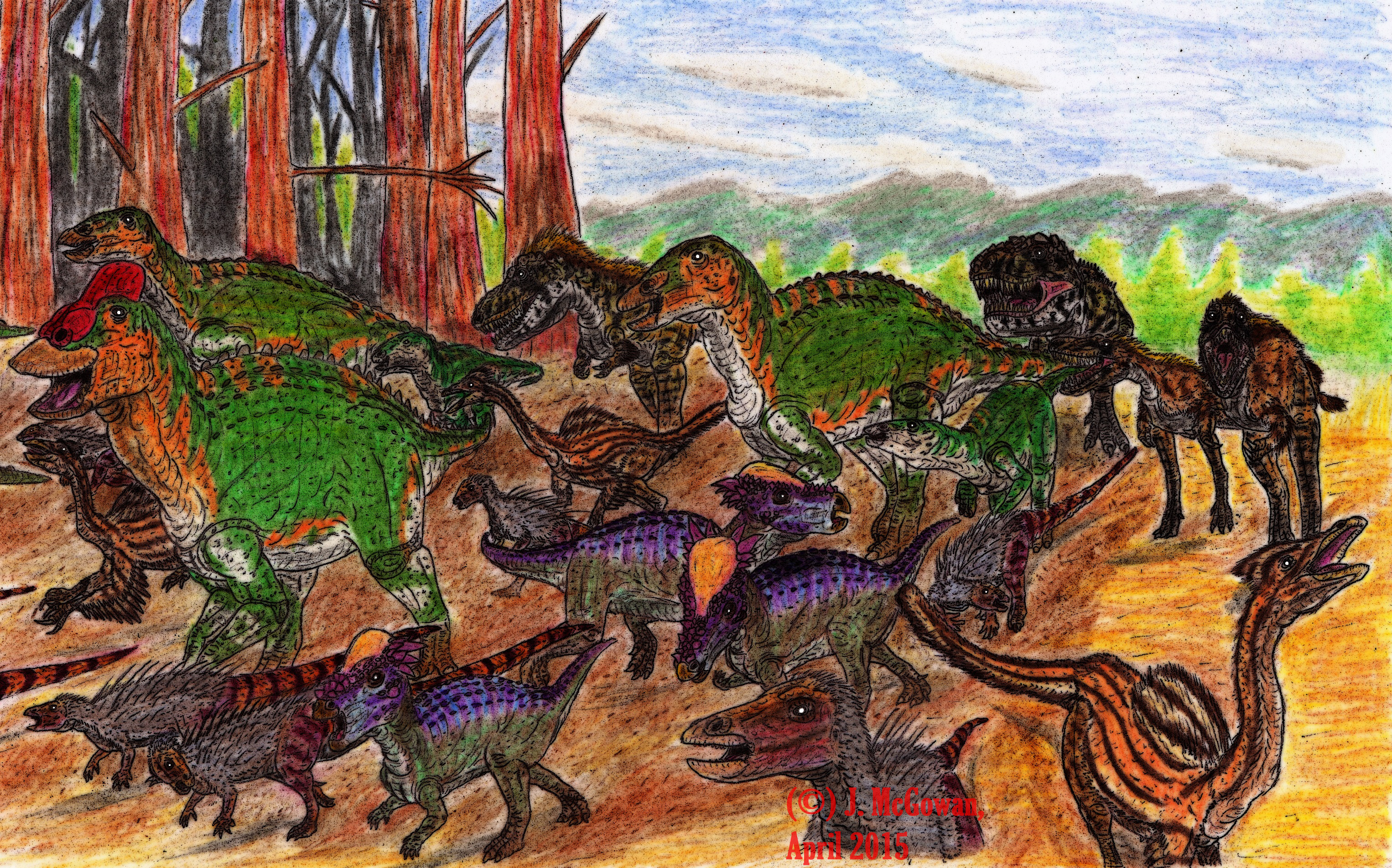