For you consideration: Quetzalcoatlus Sculpture ~1:9 Scale

The attached photos depict "Monty", a Quetzalcoatlus northropi sculpture I built a few years ago. His skeleton was originally built as a wire sculpture for an art class project back in Junior year of high school. In my senior year, I decided I wanted to flesh out the skeleton into a proper flesh reconstruction of Q. northropi by adding on layers on muscle, skin, and pycnofibres; the not-quite-hair-not-quite-feathers integument that covers the bodies of many pterosaurs.

I spent the next several months researching pterosaur physiology. <http://pterosaur.net/index.php&gt; was particularly helpful in determining his musculature layer, and helped me determine what kind of wing shape I wanted him to have.

The musculature layer was achieved by sculpting pink bubble wrap onto Monty’s skeleton with a hot glue gun and loads of hot glue. The skin was achieved by stretching elastic book protective cover material over the resulting musculature. I placed black beads into the eye sockets for eyes. At that point, I modified the shape of his crest by layering narrow strips of hot glue, building it into a shape more similar to that of Mark Witton’s Quetzalcoatlus renderings (another inspiration for Monty’s design).

It was around this point that several of my friends had been asking me if the sculpture had a name. I hadn’t really thought of naming it, but after a while the idea grew on me. Given that Quetzalcoatlus is named for the Aztec god Quetzalcoatl, I decided to name him the only Aztec name I could think of off the top of my head; Montezuma. From there, the name quickly truncated to his nickname: Monty (he just looks like a Monty for some reason to me).

For his body color, I alternated layers of black and green spray paint. The underside of his throat I colored blue (as in some modern storks) with a whiteboard marker.

My grandfather is a fly-fisherman. Years ago, he’d built me an awesome table/cabinet/fly-tying station filled with various strings, feathers, and animal hairs. I used some of the included fur for the underbelly and chest region.

I’m not sure how I achieved it, but there’s something about his facial structure that allows the viewer to project a lot of emotional subtext onto him, ranging from uncertainty or disappointment when his mouth is closed (his jaw is loosely hinged to allow opening or closing), to surprise, terror, or an abundance of enthusiasm when his mouth is open. I've often brought him out in public to encourage discussion of dinosaurs, paleontology, and STEM fields as a whole. 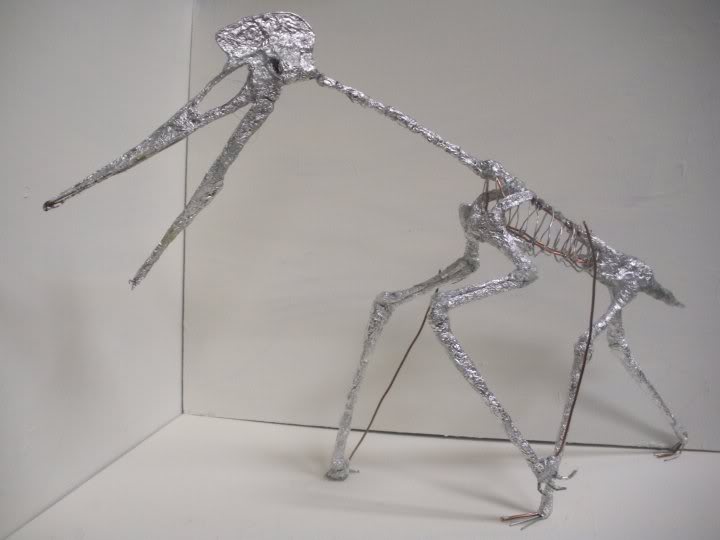 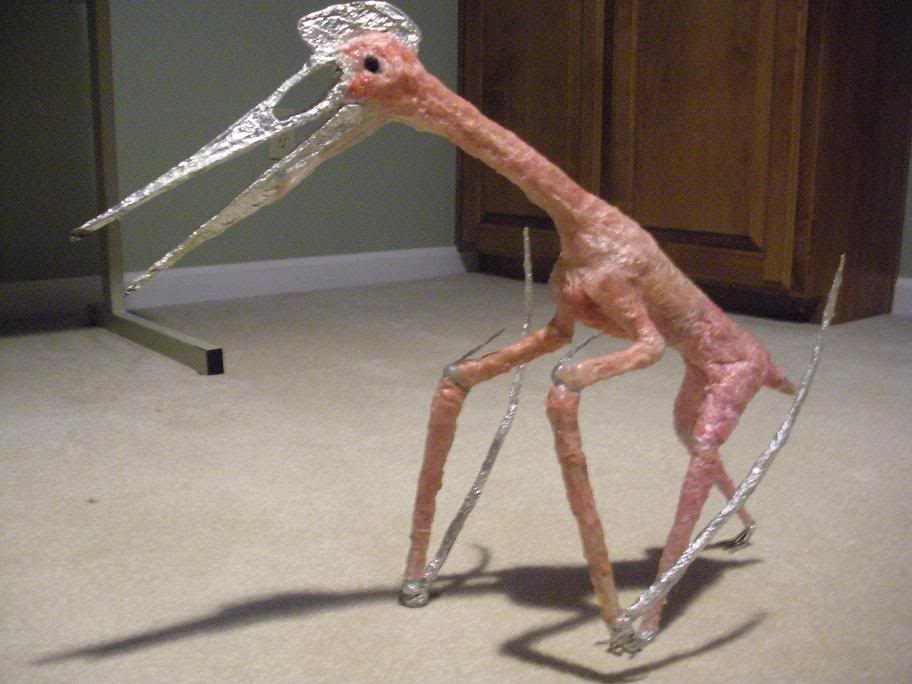 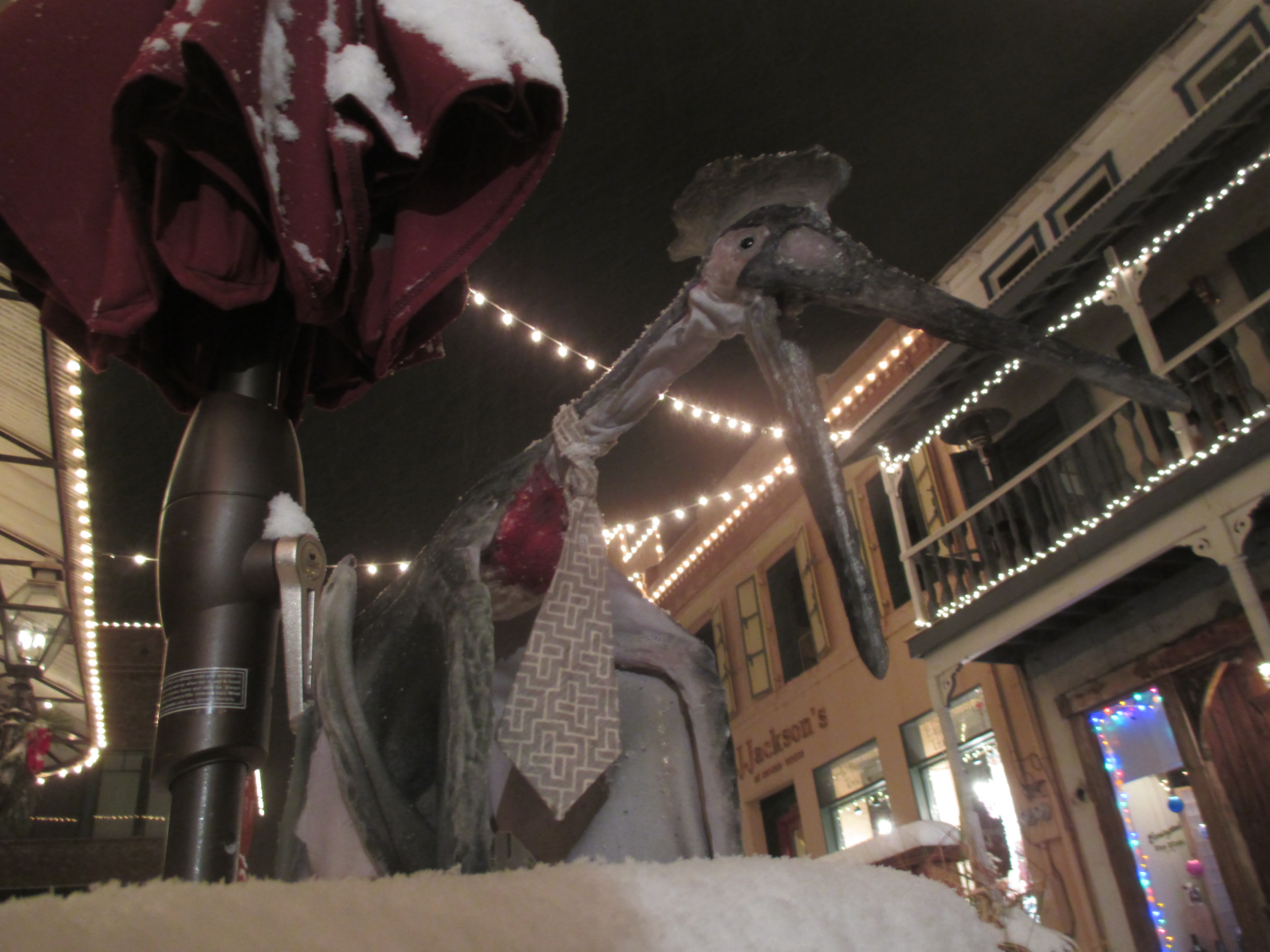 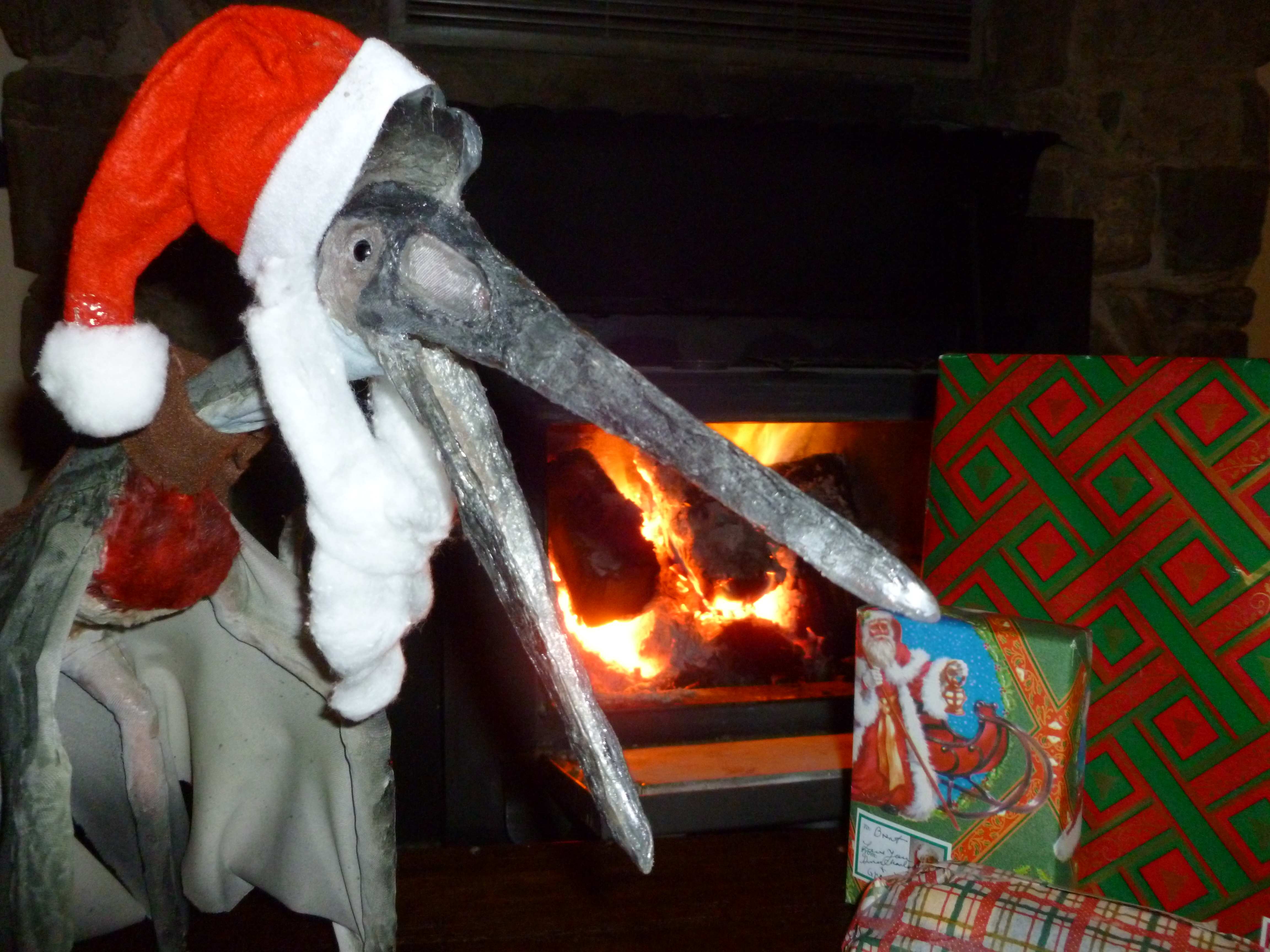 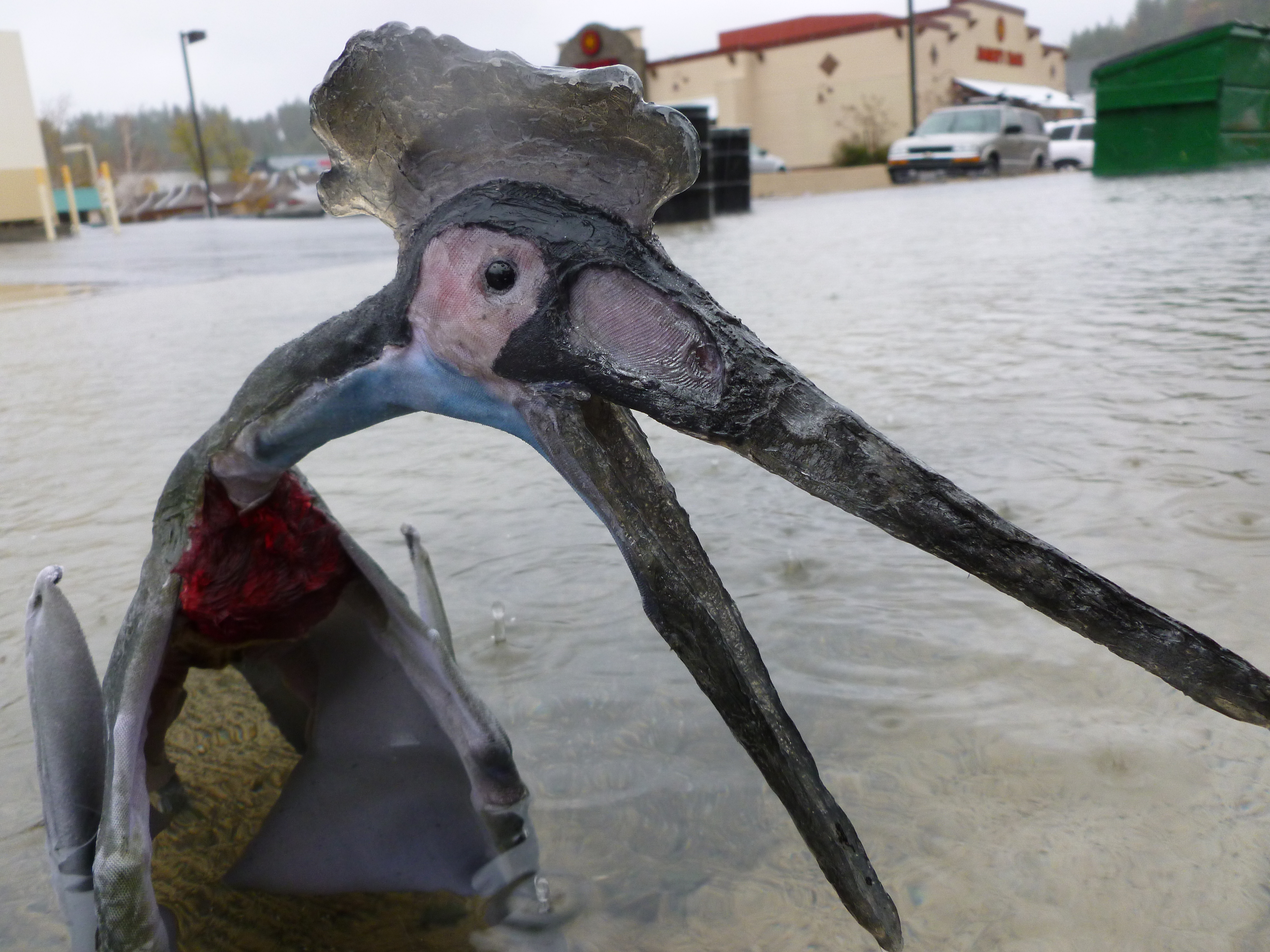 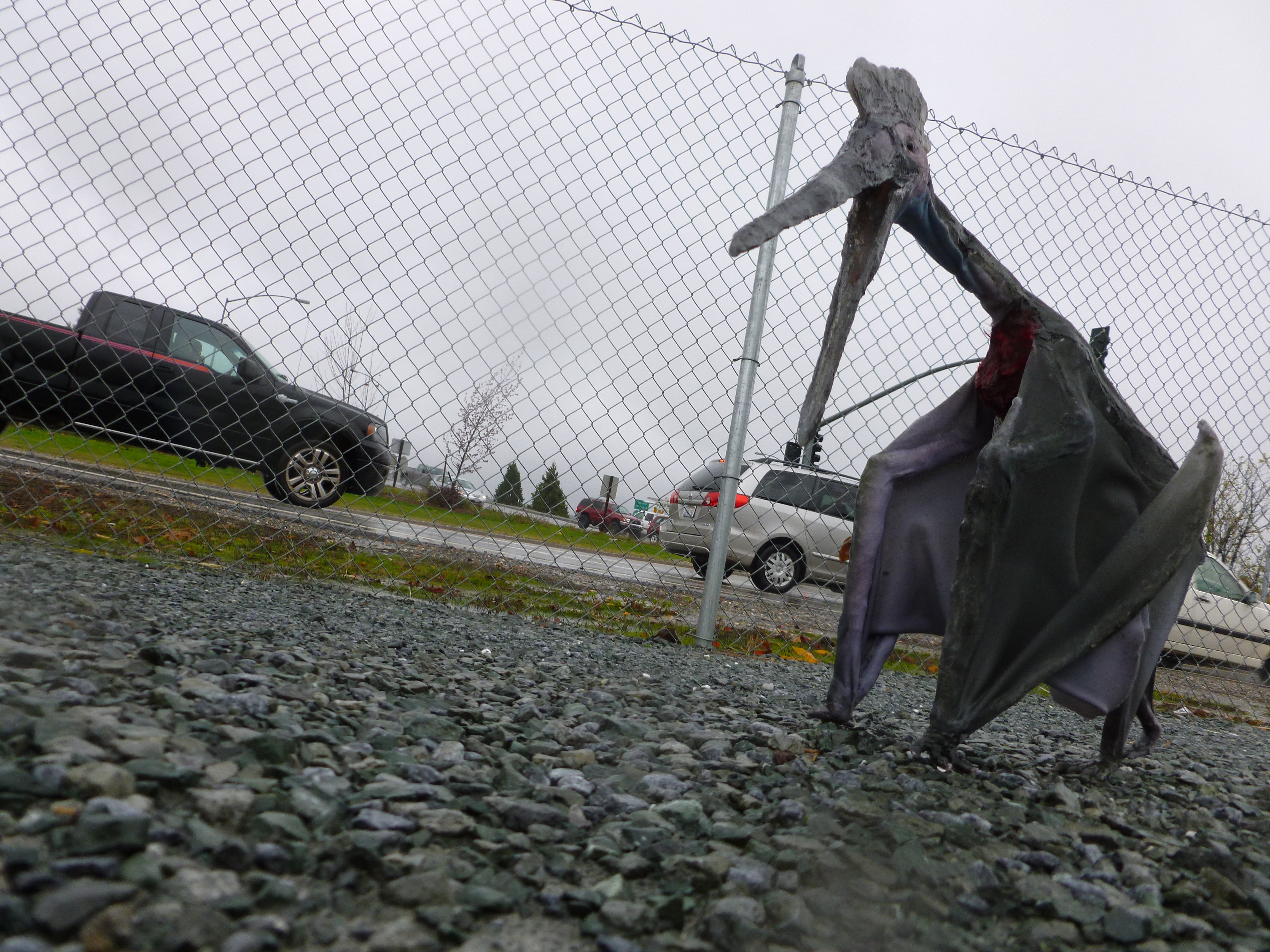 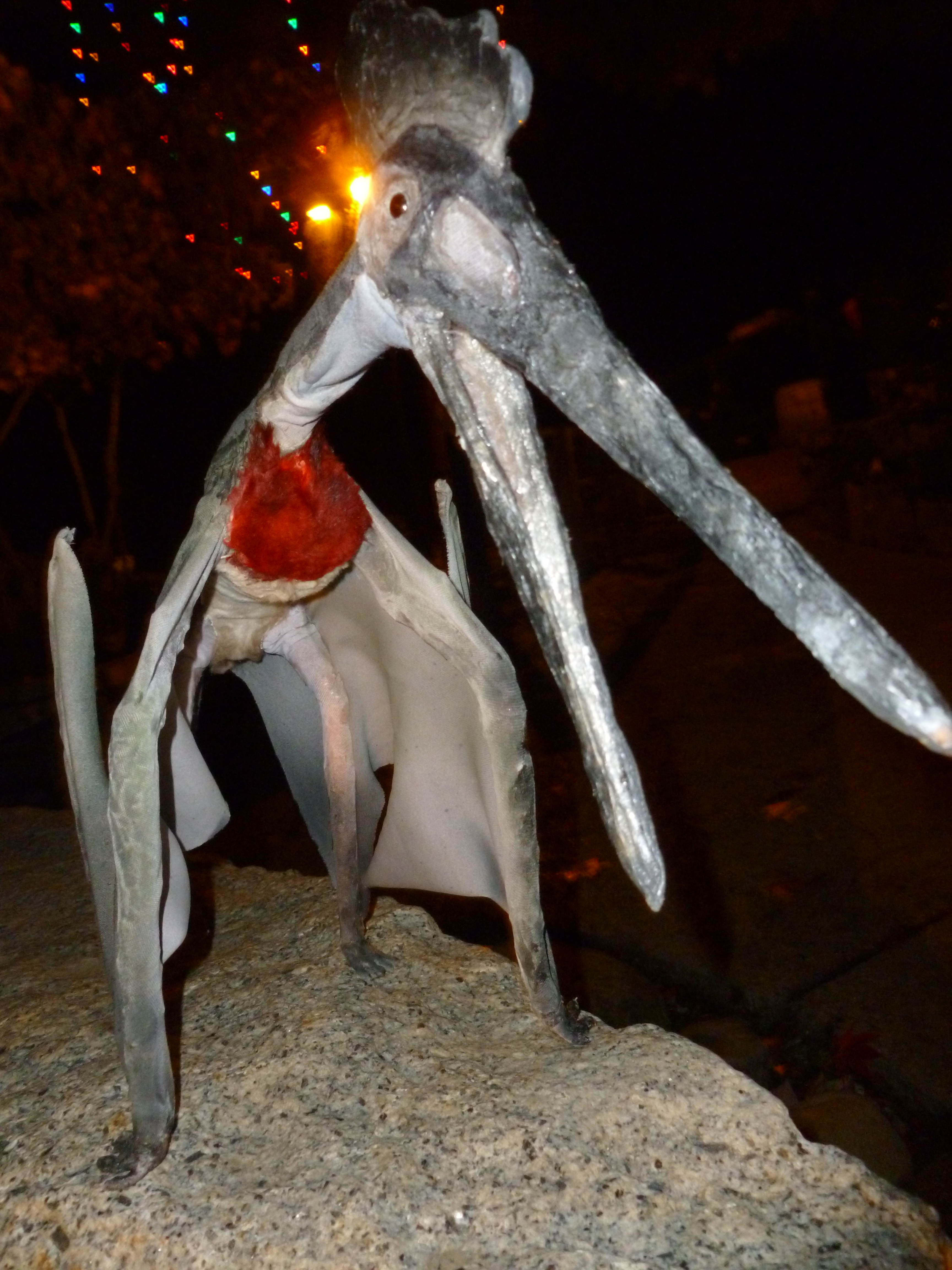 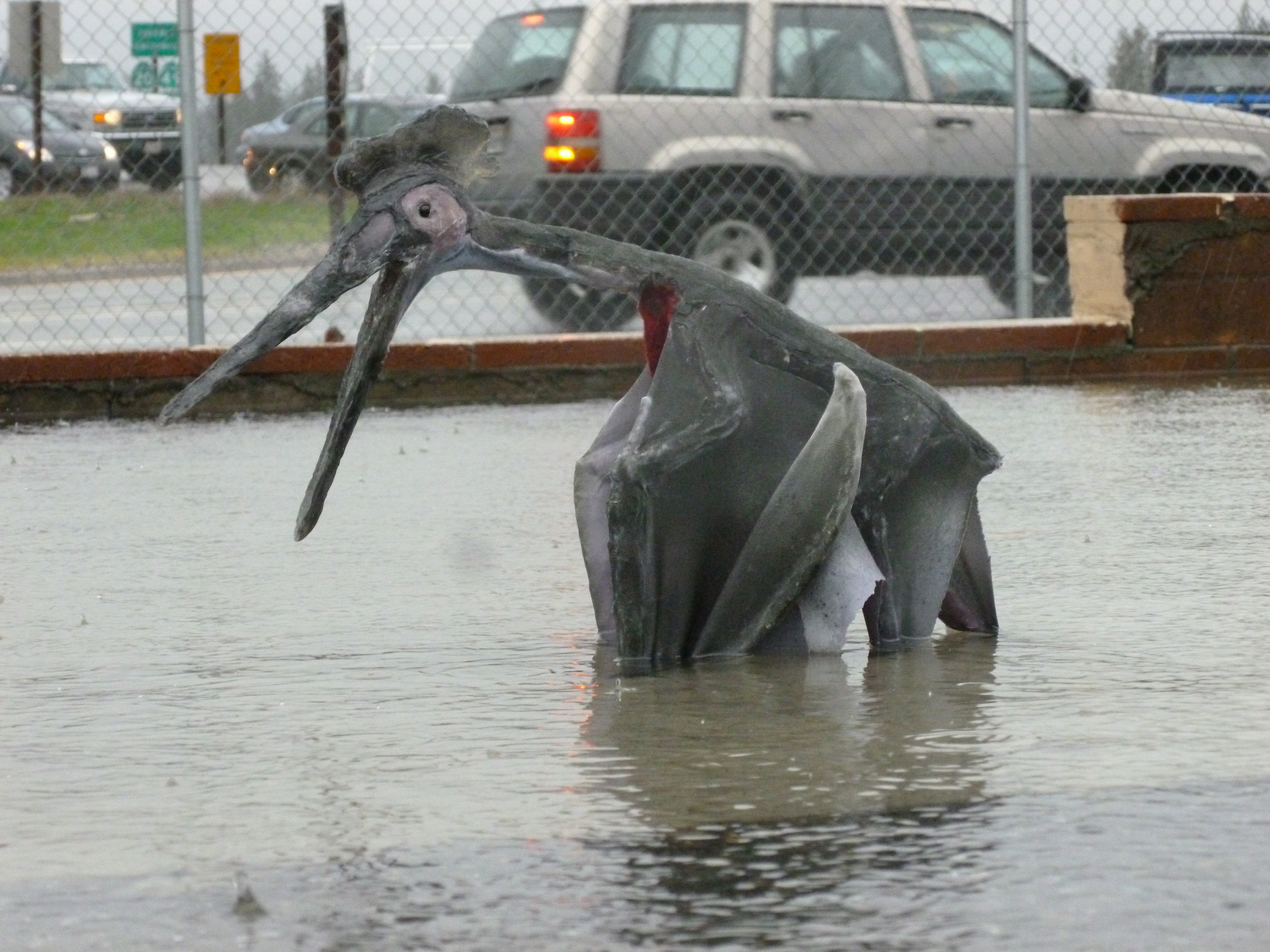 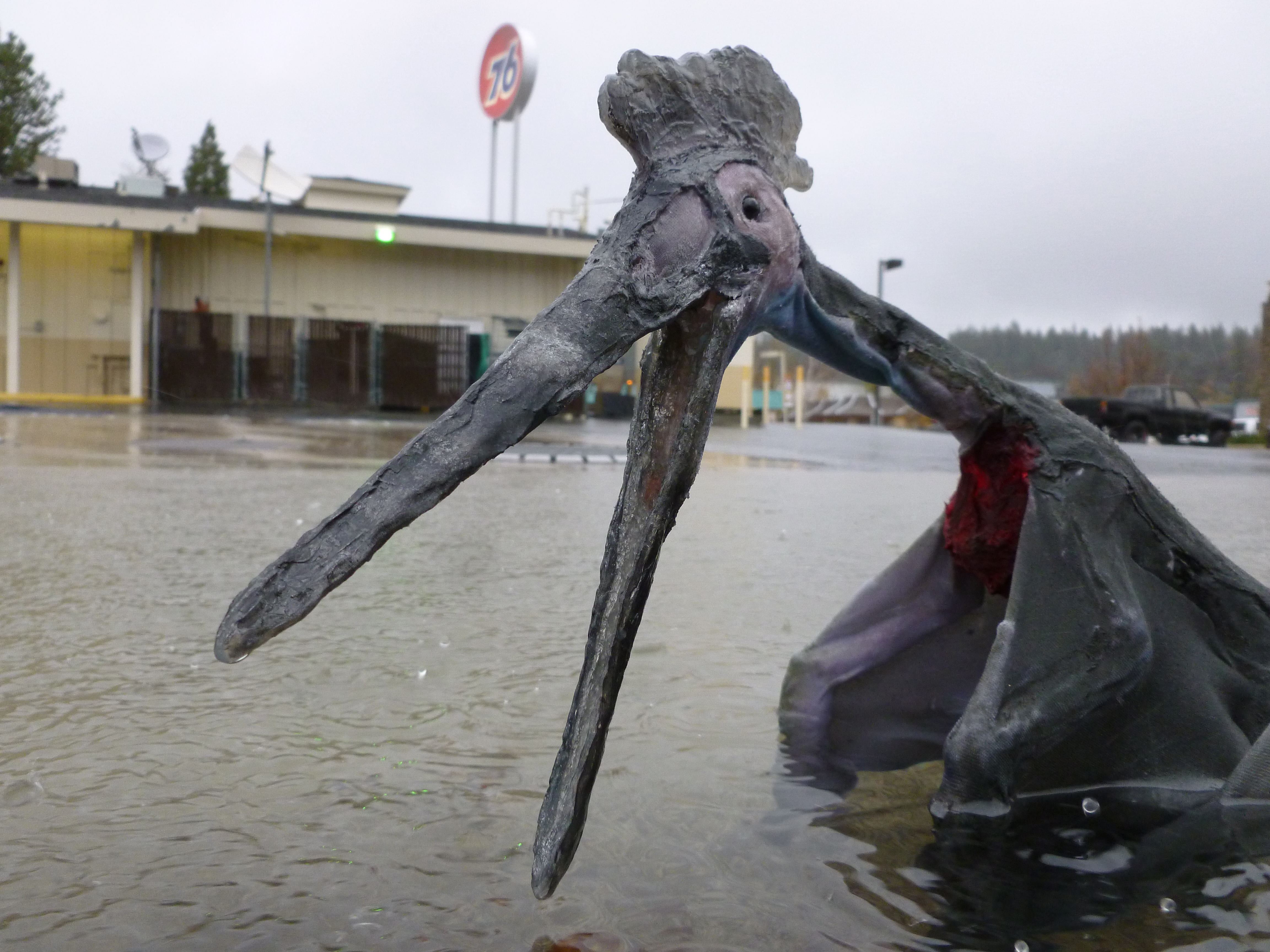 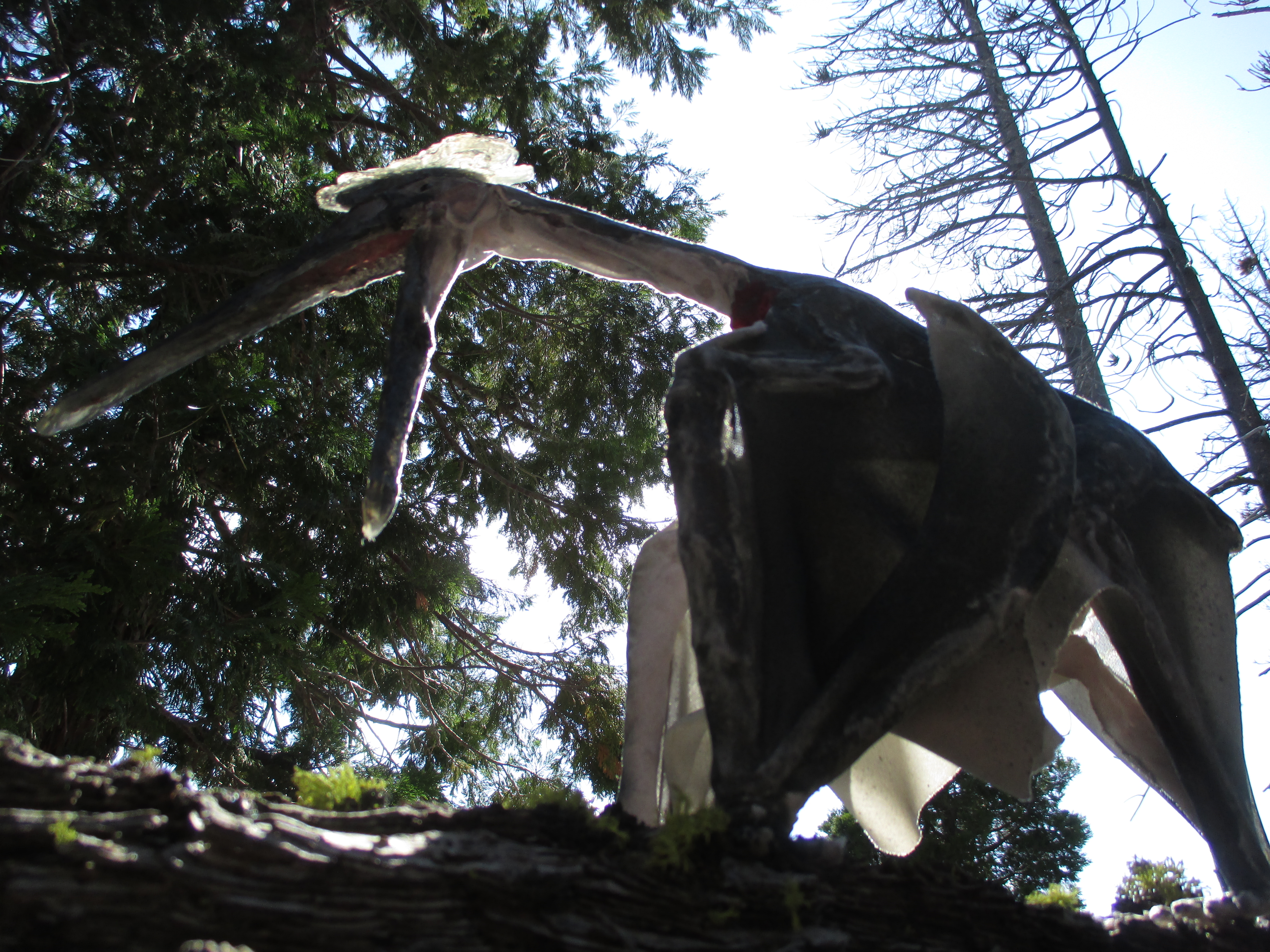