Justin Morle ✭
May 2015 in Creature Contest
Cousin to the French “Loup-Garou” and the Germanic werewolf, the Lagahoo is a shape-shifter that changes its form to many different things. Though it is usually portrayed as a wolf-like man, it is not limited to only the form of a wolf and can also alter its size from tiny to very large in an instant. The Lagahoo roams the night wrapped in chains, pulling a coffin of souls and is followed by three burning candles. It is said that the Lagahoo was once a dark voodoo priest who sold his soul to gain the ability to kill without ever being noticed. To defeat a Lagahoo, one must beat it with a stick that has been anointed with holy water and holy oil for nine days. While it is being beaten, it will change its form numerous times into many different animals until it eventually changes into crashing waves, then vanishes into mist. 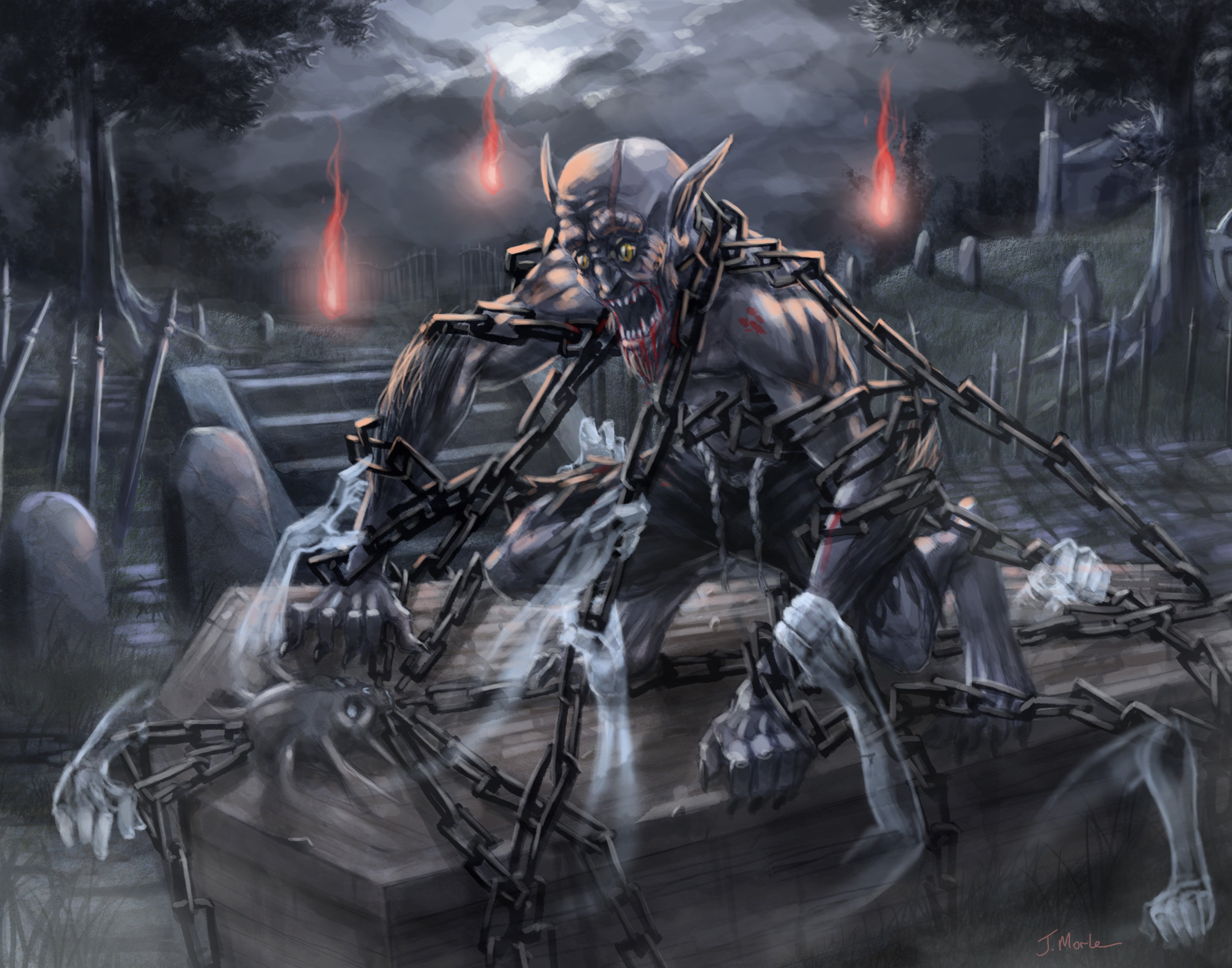