Bryce Durham ✭
April 2015 in Creature Contest
Well. I was hoping I would at least have a chance at winning, but my scanner suddenly appears to be broken, so the picture quality is poor, unprofessional, and has ruined any chance of that. But I'll submit what I did anyways.
Here's a design I came up with in my head when I was looking at Dali's painting, The Elephants. You can even make out body parts that appear to resemble a trunk and the left tusk. I would have made the arms and legs much longer, but that wouldn't all fit under the scanner, so I just went with printer paper. I wanted to create something that could either be a tall, gentle giant or, on the opposite side of the spectrum, a feared god-like figure from some kind of Hellish dimension. 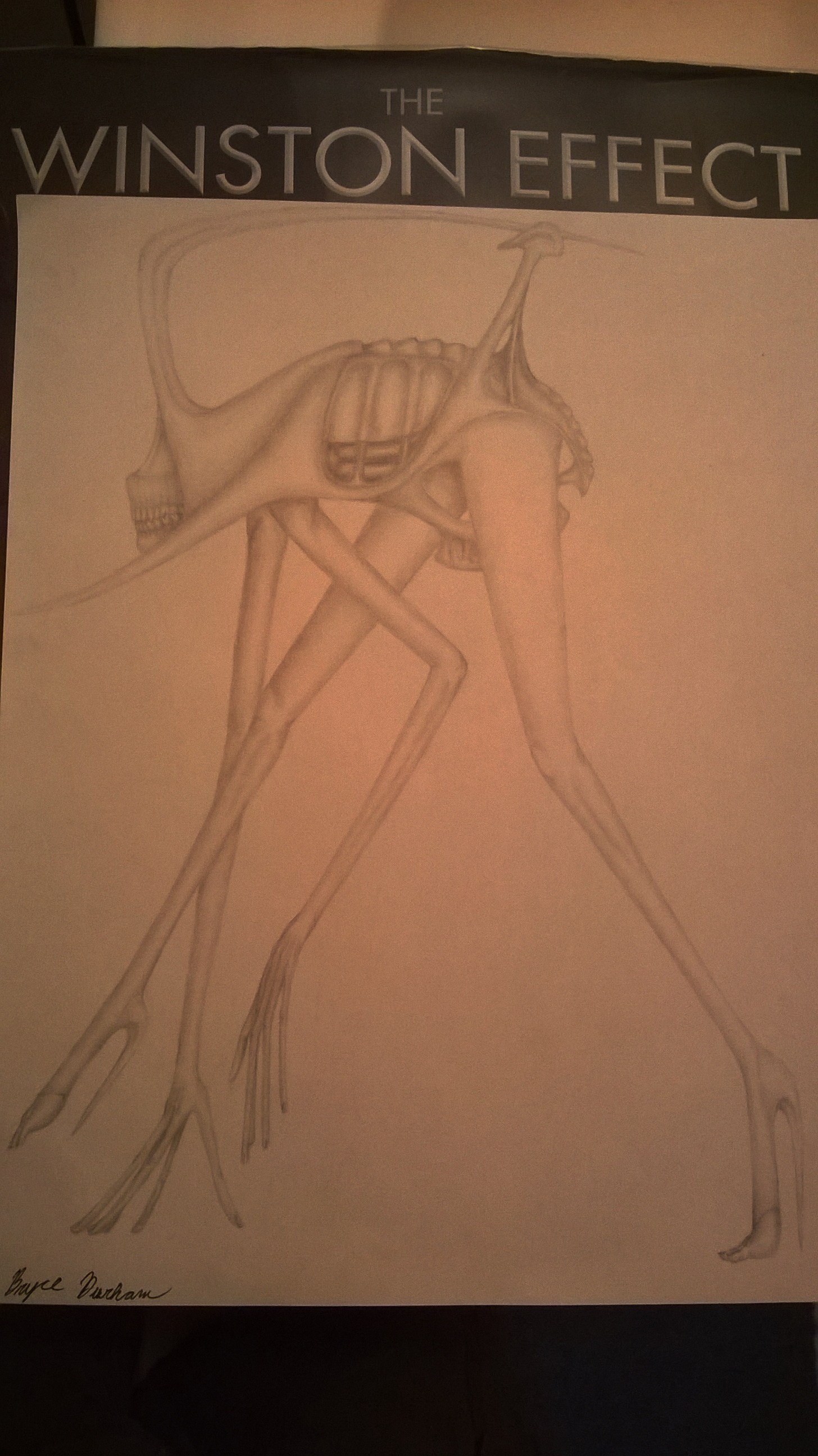