bashiri jones ✭
April 2015 in Creature Contest
This is the Living Goddess Ahamat. She lives on a liquid world where the air is water vapor. The gravity of her planet, when compared with Earth's gravity, is only 15% . Her people are part mollusk and part cephalopod. What looks like a headdress is actually the front half of her clam shell. Her shell is pale light blue to deep blue in color with iridescent pearl-like nodules decorating its surface. Her skin is just like that of an octopus and what appears as a human face is just mimicry. Her species is able to mimic the face of whatever alien race they happen to be dealing with, although the octupus-like skin texture never completely vanishes. They have no eyes, but use functional ears, similar to a bat, and a highly sensitive sensory node located on the forehead. 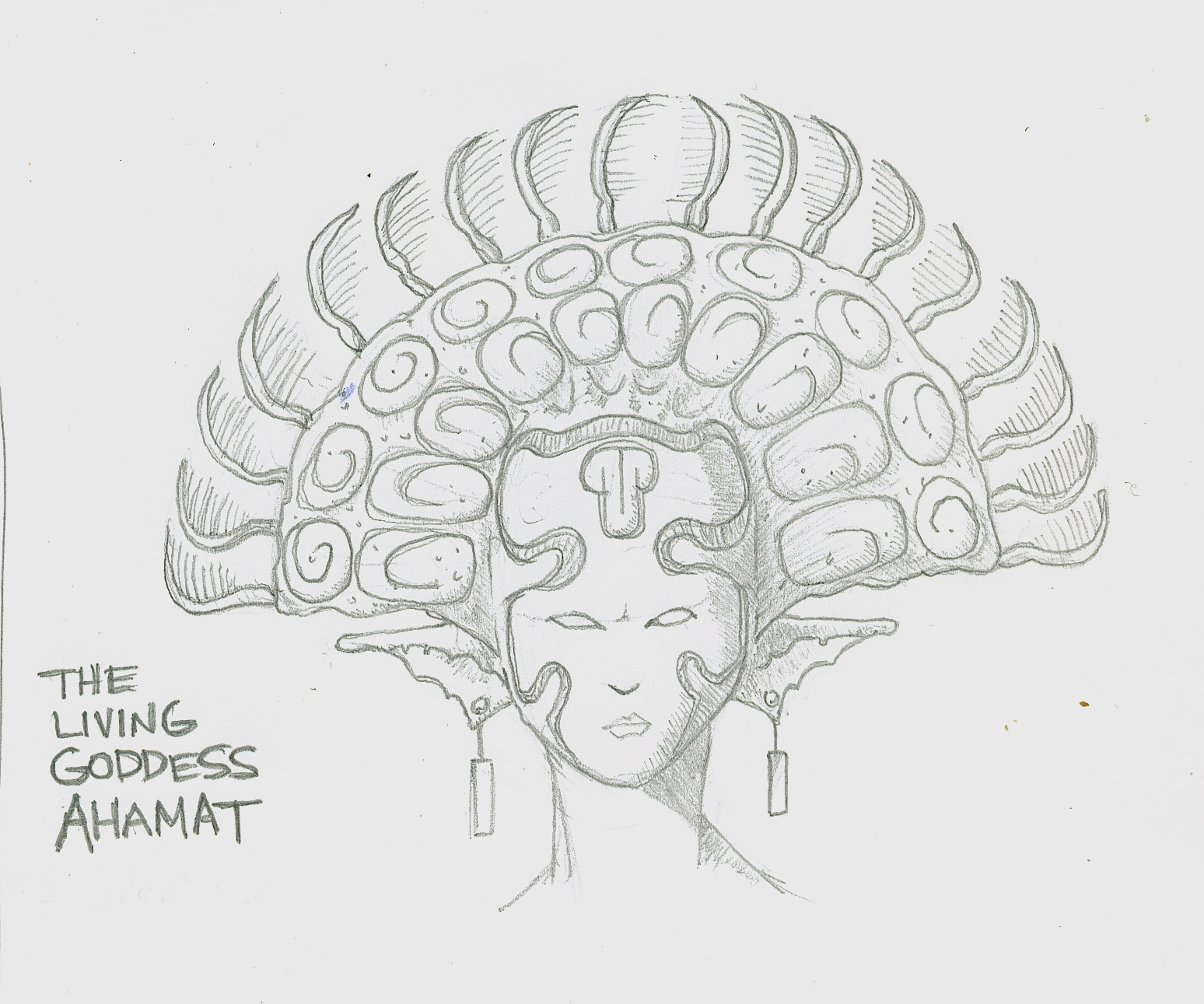