"The Ginberbrood" - Custom build for a children's book.

Meet The Gingerbrood!
Patterned and Built by: Kristofer Sommerfeld

"Fresh from Mrs. Claus’s oven, a batch of gingerbread cookies escapes Santa’s Village and embarks on a heart-pounding adventure through the frozen arctic.
Will the dashing and delectable 'Gingerbrood' be captured and eaten for dessert? Or will they escape their hungry pursuers?
Join Garrison, Percival, Nevan, Alfie, and Crumbly Dan as they experience a most eventful December night!"

These adorable little cookies were custom built for children's author/illustrator Brent Vernon to be used in his spectacular LIVE stage show in December of 2015.

The puppets were developed from sketches provided by the illustrator. He wanted them to be slightly more realistic than the illustrations in his book so a natural "cookie" color fabric was selected.  Their airbrushed cheeks, poseable hands and removable arm rods are just a few of the special details put into these little characters. 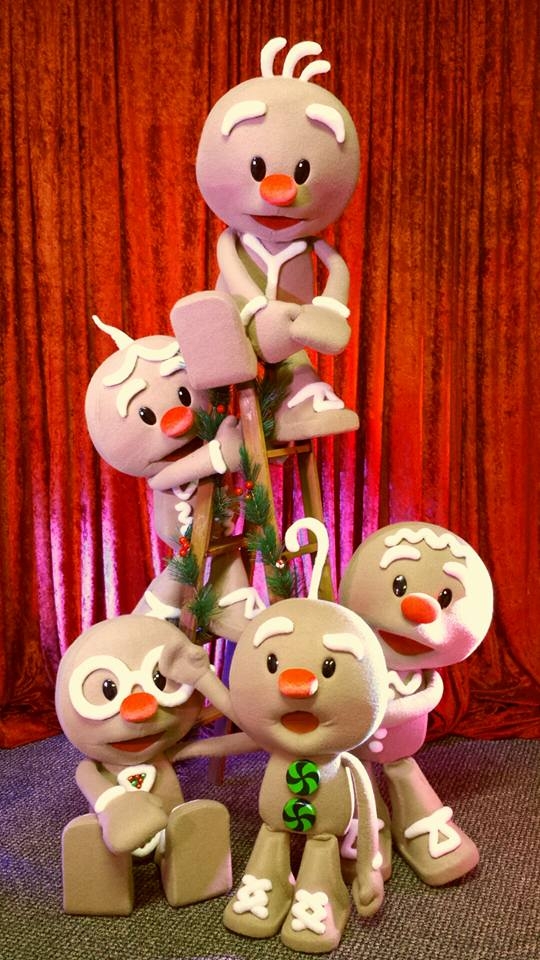 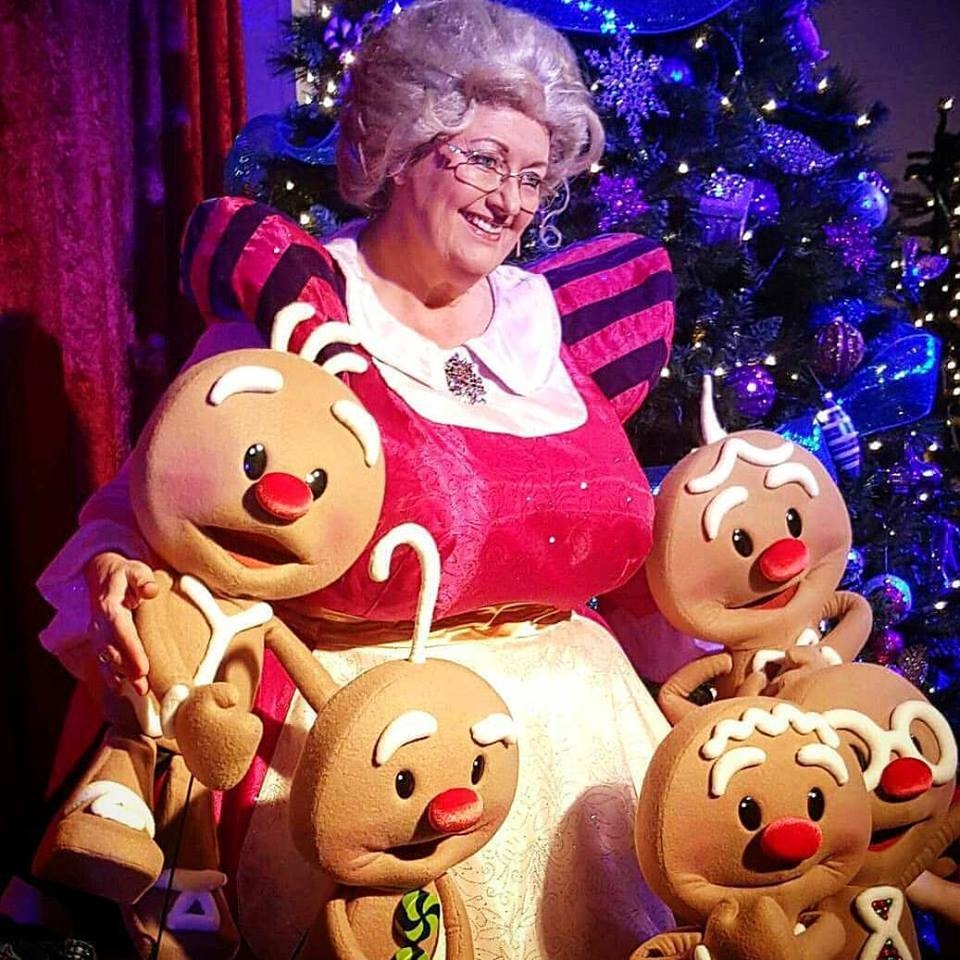 The Gingerbrood with Mrs. Claus 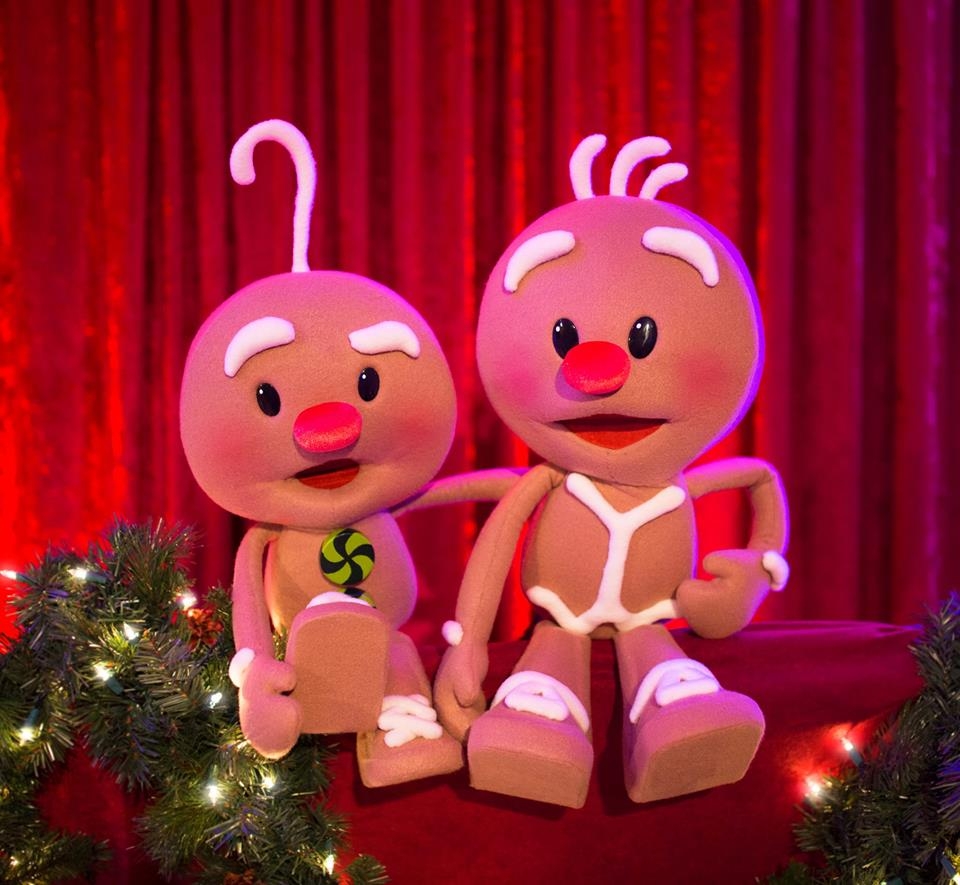 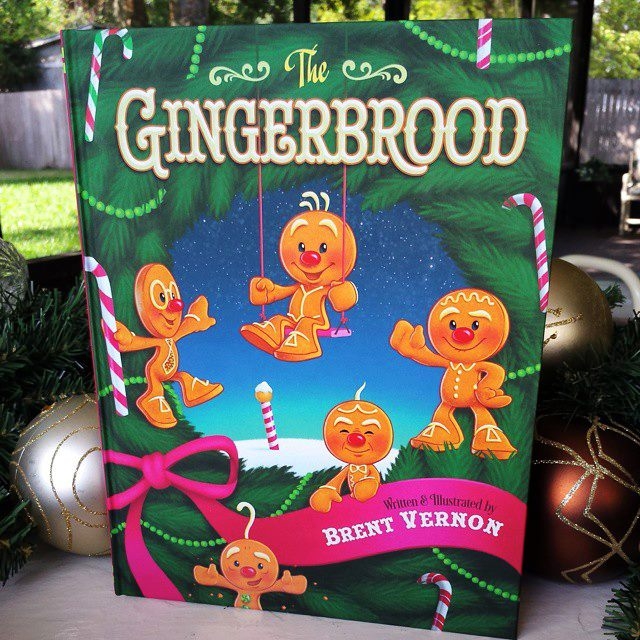 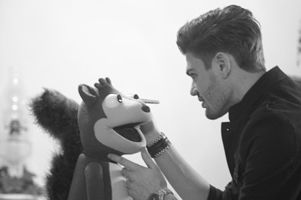 24 year old Kristofer Sommerfeld is a respected puppeteer and puppet builder in the field of puppetry. He teaches at international, national and regional conferences as well as “one-on-one – team training”.

He is a master puppeteer as well as an advanced puppet designer/builder. He has been involved in puppetry, creative arts and children’s ministries for most of his life. His experience began with kids camps, children’s church, school clubs and YMCA preschool clubs.

In 2012, he had the opportunity to meet Kevin Clash (former puppeteer of Elmo) and was able to show him some of his work. Clash was impressed with his skills and this led to a personal invitation to the Jim Henson Company workshop in Long Island City, NY as well as a visit to the set of “Sesame Street” at Kauffman Astoria Studios.

Kristofer is the founder of Kristofer Sommerfeld Productions and the brand Puppedcation™.