After a disastrous attempt at pouring a positive silicone from my stone negative and then a negative of same ( using release heavily) the two just became one. Not impressed. So I decided to run from the master mold directly and pull the resin cast early while soft. Success. I know it could have gone wrong but I was willing to pull early enough that if anything was damaged, it would be the cast and not the mold. I laid it across the knife handle to round out the buckle while it cured. I still need to clean, sand, fix errors and paint but this will be a great replica for the Will Turner buckle. 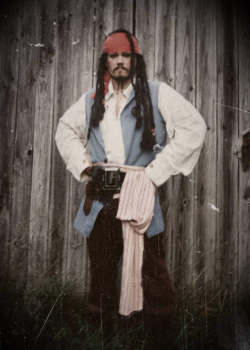